Pawn of Satan: A Paul Turner Mystery by Mark Zubro 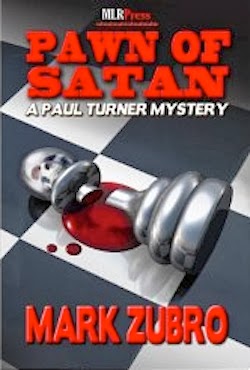 Chicago police detective Paul Turner is the gay father of two teenage boys. He lives with his life partner, Ben Vargas, who owns an auto repair shop, but spends most of his time with his longtime squad partner, the irascible Detective Buck Fenwick. At the start of this book (the 11th in this series), Paul and Buck are investigating the murder of a Catholic bishop, whose body was found on a riverbank in a seedy section of Chicago. They learn that the bishop was apparently gay – an open secret among many of the local clergy - and even had a penthouse pad he shared with his lover, who was far from cooperative in their investigation. Looking further, they find a disturbing pattern that includes paying local young men for sex, investigations the Bishop made into possible fraud committed by other church officials, plus a big guy who seems to show up right before them at every scene, all of which seem like likely clues to the mystery of who killed him, and why. 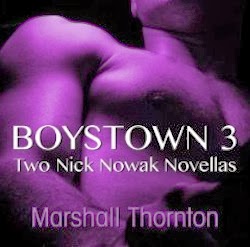 As with the first couple Boystown novels, Marshall Thornton includes more than one story in the third release of the series. Unlike the previous novels however, Boystown 3 features two novellas, each unique in their own right. The first story, Little Boy Boom, starts out with a bang; literally! Nick Nowak’s car explodes as he’s trying to get his on-again, off-again boyfriend, Bert Harker’s, mother to let him drive her. Soon, Nick is in a race to find out who wants him dead, and the list of suspects is a mighty long one.

The second novella, Little Boy Tenor, finds Nick hired by a reverend to find out who killed the church choir's star tenor, but the man’s reasons for wanting to know are not clear cut and run far more personal than the good reverend may want to know. While investigating the young man’s death, Nick is also asked by his best friend, Ross, to learn the real truth about how his former lover, Earl Silver, died.

I listened to the unabridged audio book version of Boystown 3: Two Nick Nowak Novellas and at times, read the print version while at home. Reading a Nick Nowak mystery is like slipping on a well-worn leather coat, comfortable and warm, but a little rough and faded around the edges. By rough, I don’t mean the writing – which is stellar, of course – I’m talking about Nick Nowak, the person. He’s a tough, no nonsense private detective who can take care of himself and those around him. The feeling I get reading a novel in the Boystown series is the same I got years ago reading the Henry Rios series by Michael Nava when they were released starting in the 80s. Ironically, the Boystown series is set in the early eighties, but instead of Los Angeles, takes place in Chicago. Though Nick is somewhat of a horn dog, one need only to recall the times before the emergence of the AIDs crisis, which is there in the background of the series working its way into the fabric of the stories like a coiled snake ready to strike.

By the end of this novel, however, fans of Nick and Harker will finally learn what they’ve wanted to know all along. To tell more would be to sacrifice the great surprise and ruin the deliciously warm feeling fans no doubt deserve.

Once again I appreciated listening to the same voice of narrator, Brad Langer, who has narrated the first two Nick Nowak mysteries. Langer’s deep, virile voice is perfect as Nick, and he slips in and out of the other characters’ inflections with professional ease. I highly recommend Boystown 3: Two Nick Nowak Novellas, and the entire Nick Nowak mystery series. 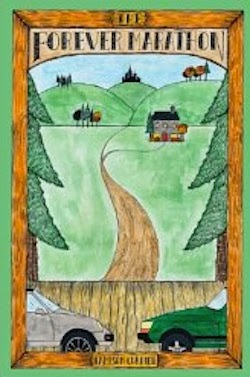 I’ve lived through two twenty-year relationships, and almost all of my close friends are in multi-decade partnerships. I know first hand that no relationship is easy and that all couples fight, no matter how much they love each other. Jameson Currier, in his Forever Marathon novel, takes an in-depth, forty-eight-hour peek into a challenging relationship.

Jesse and Adam have spent twenty-four cantankerous years together, through ups and downs, through all the whining and bitching, and through countless petty fights and major battles. They are finically set, throw fabulous parties, and are the envy of their friends. Their friends, however, can’t see how miserable they are. Now on the backside of their forties, they are running out of time if they are to find happiness. But first they must figure out what happiness looks like, and determine if it is attainable or simply a myth created by the media industry.

Mr. Currier had accomplished something truly remarkable: He has presented two highly unlikeable, self-absorbed, clichéd characters, and woven them into an interesting story that keeps the reader turning pages. He does that by making Jesse and Adam so real they resonate within the reader.  We’ve all known couples like them, the ones we joking call ‘The Bickersons’, and we’ve all wondered what goes on when they are alone. Mr. Currier gives us an hour-by-hour examination of how far a couple will go in a game of one-upmanship, taking a petty fight into all out war.

Jesse and Adam are the gay version of George and Martha in Who’s Afraid of Virginia Woolf?, with enough humor thrown in to match Kathleen Turner and Michael Douglas in War of the Roses. The story swings from present to backstory like a pendulum, giving a great deal (perhaps too much?) of the couple’s history.

Currier has presented, in my opinion, an honest depiction of middle-aged gay men in a long-term relationship. He gives keen insights into such relationships, and in the disappointments and fears of growing older. This is a funny, exasperating, touching read.

The Plain of Bitter Honey by Alan Chin 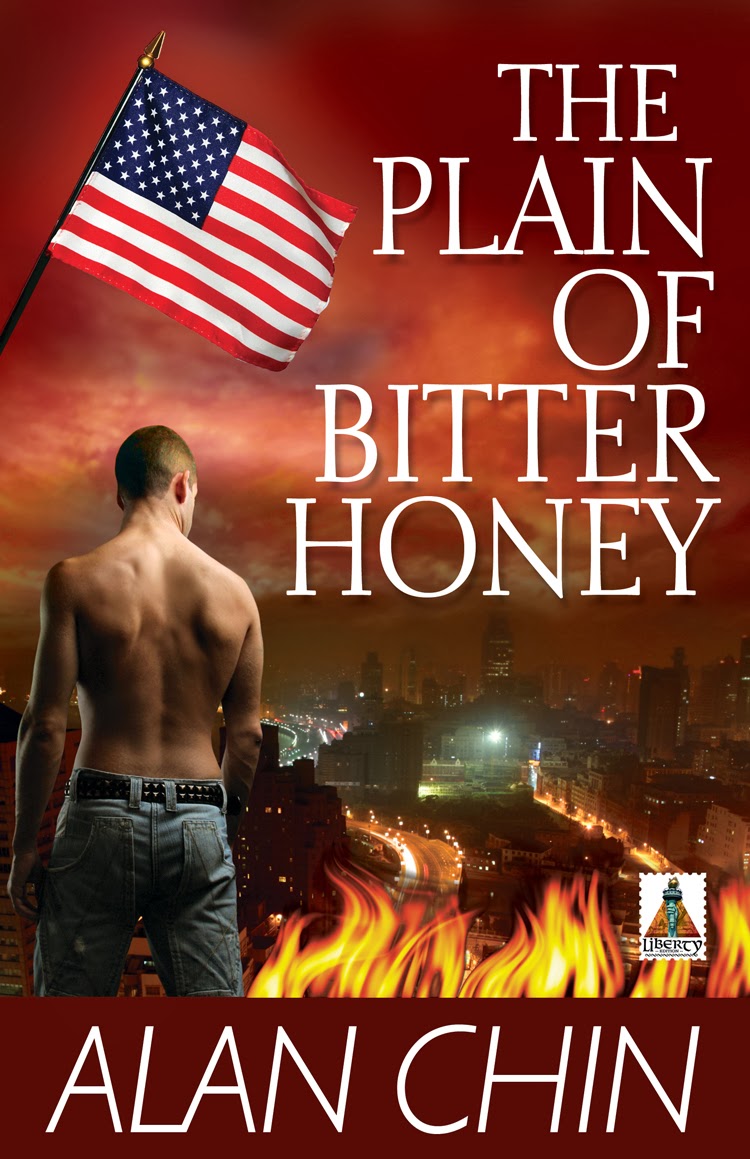 The reviewer, Edward C. Patterson, happens to be a noted historian and a gifted novelist with more than a dozen published books.

A Riveting Saga and a Powerful Dystopian Tale

When political pundits disregard social issues in favor of economic or foreign policy, I have often considered it a ploy to disguise their real motives. Bread and circuses has always been the tool of those who rule, while attempts to wipe the slate clean of the opposition and to scapegoat the socially unrepentant is a classic trend. It’s as real as the 20th Century and has been a theme in many works. However, Alan Chin’s The Plain of Bitter Honey is a unique voice from this quarter. He anchors us to the spirit of two brothers (identical twin), who are a dichotomy of a single soul, split and blended, and growing unflinchingly in the horrible situation surrounding it. In the course of the brutality pervading this near-future America, brutal to both the afflicted and the afflicters, Mr. Chin gives us a firm sense of the past repeating itself.

The Plain of Bitter Honey is a refuge to be sought and to be abandoned — an ideology suffocated by its own existence in a world of hypocritical rulers and cannibalistic offshoots. Embracing it are the Swann brothers, who live in the vast freedom of their own bond. Mr. Chin gives us an unrelenting, breath-taking work, sympathetically beautiful and riveted to an unhinged life, which could realistically evolve if we allow prejudice and obsession to overtake a sense of humanity. Despite its powerful pace, the novel is character driven and superbly written. Mr. Chin always makes strong statements in his work, but The Plain of Bitter Honey, to this reader, is his most powerful to date.

The Queerling by Austin Gary 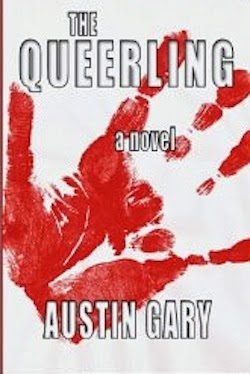 Preston Nesbitt became the star of a controversial YouTube video gone viral, yet because he has no memory of participating in the video, he’s been confined to a Portland, Oregon mental hospital. Preston is a precocious, eccentric, sixteen year old, who has the ability to diagnose everybody’s psychological condition but his own. The story is told through Preston’s journal entries, where he hopes to convince his doctor and parents that he is not delusional.

Through Preston’s writings, the reader finds that he is a savant with a rare form of Asperger’s, who rails against society’s wrongs. Much of this story seems like Holden Caulfield meets One Flew Over The Cuckoo’s Nest, yet it has a delightful turn of events that leads to a reality-bending conclusion.

This enchanting tale introduces one of the most complex, interesting, and amusing characters I’ve read in years. Preston Nesbitt, as a fictional character, is nothing short of brilliant. He is cocky, irritating, too clever, egotistical and rude, yet he touches your heart. He blends humor, deep-set emotions, and unique insights to conjure up a mesmerizing read.

While telling his own inner conflicts, Preston lays out the backstory of his dysfunctional parents, and also showcases the pack of memorable misfit peers who are also on his mental ward. The author uses contrast, Preston against the other characters, to brilliantly show the protagonist’s virtues.

How Sweet It Is by Melissa Brayden 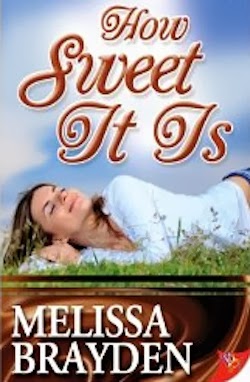 Four Stars Out of Five.

In the small Illinois town of Applewood, Molly owns the bakeshop, humorously called “Flour Child”, which she started with her father, now in a nursing home. Her dad and the shop are pretty much her life, since Molly is still hurting by the death of her partner, Cassie, four years earlier. She keeps in touch with Cassie’s parents, who are very fond of her as well, and share their joy when Cassie’s younger sister, Jordan, comes home from California, where she worked in the entertainment industry. Jordan and Molly start to spend some time together, and an attraction develops that initially bothers both of them as unwise, since Jordan was kind of a sister-in-law to her. Her growing feelings for Molly distract her a bit from her need to make the barely-profitable bakeshop able to pay off the upcoming mortgage.