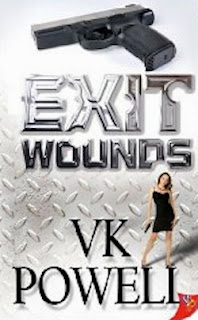 When police officer Loanne Landry was assigned to be the department contact for Abigail Mancuso, an undercover federal informant, she had no idea that the two would fall in love. Nor could Loanne have known that, after Abby went missing following an explosion at the suspect’s home, she would risk her career and her life, to try to find the woman that everyone else assumed had been killed without a trace. The path to reconciliation leads her to hang out in a strip club owned by organized crime, possibly as a front for a gun-running operation, and to take advice from a sarcastic, street-smart young woman who may also have a vested interest in bringing the criminals to justice.

Posted by AlanChinWriter at 2:44 PM No comments: 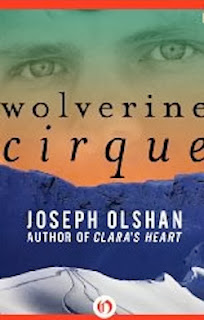 Sam and Mike are hikers and skiers. They don’t just ski, the hike to the top of mountains with their skis strapped to their shoulders, so they can experience the thrill of skiing the most dangerous, almost vertical runs, in the world. Wolverine Cirque is such a mountain, set in the Wasatch Mountains of Utah.

Sam is forty-five years old; Mike is forty.  They’ve skied some of the scariest terrain on the planet. Wolverine Cirque will be a stretch, even for their advanced level of experience. It will challenge their skill, courage, and their ability to survive.

This story is both poignant and unforgettable. The characters are real and emotionally flawed. The sparse prose is nothing short of masterful; ambrosia from the gods could not be so delectable. This is an enthralling reflection on ageing and love.

After reading Wolverine Cirque a second time, I will read all Joseph Olshan other works. Bravo.

Posted by AlanChinWriter at 3:55 PM No comments: 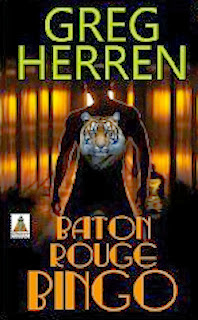 When Scotty Bradley’s father is kidnapped by unknown bad-guys, he and his ex-FBI lover Frank suspect it may have something to do with the theft of LSU’s tiger mascot by a militant animal-rights group. On a hunch that they might find either of them, Scotty and his strong-willed mother go to a secluded cabin in the bayou north of New Orleans, and discover the body of the organizer of the group, who was a close friend of Scotty’s mom. Suspicion falls on the organizer’s estranged daughter, who was one of the veterinary students taking care of the tiger at its campus compound. Meanwhile, Scotty and Frank also need to deal with Taylor, Frank’s gay teen nephew, who was sent to live with him by his homophobic parents. A ransom note provides a clue that the kidnapping may be related to a “deduct box” related to the misdeeds of a former Louisiana governor.

Greg Herren is a master storyteller, using colorful, relatable characters in diverse relationships, in order to spin a unique and entertaining story that keeps the reader intrigued through the last page. This is his sixth in the series about private investigator Scotty Bradley, and I hope he keeps them coming. Don’t miss this one. Five stars out of five. 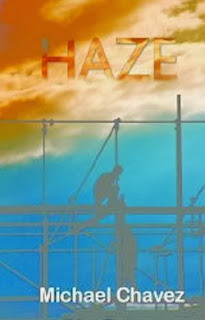 When Andrew, a timid and obese college student, falls for Nat, the two find a happiness Andrew had never dreamed possible. But when a joy like Andrew’s becomes too profound, too perfect, the gods become jealous, and rain down misfortune. First tragedy strikes the couple, tearing them apart. Then Andrew’s best friend, Ilario, is the victim of a hazing attack, and commits suicide. Andrew tries and fails to wreak revenge on Efron, the ringleader of Ilario’s hazing.

Years later, Andrew crosses paths with Efron, now a cocky lawyer who cheats on his wife with men, over a shady business deal. The two men become both lovers and adversaries, and Andrew attempts to vindicate the guiltless prey that Efron seeks to destroy.

Michael Chavez has created an intricate plot (albeit highly implausible) and a distinctive cast of characters. It is first and foremost a story about whether integrity can withstand the assault that modern society presents us with, both in our personal lives and in big business. It is a study in how far the human spirit can bend without breaking.

Much of the story centers on working in the construction industry and also in the courtroom when a business dispute is taken before the law. I was impressed with the depth of knowledge the author demonstrates in both the construction business and law field.

At times the story is gripping, other times it plods along at an even pace. There are several plot twists that make it difficult to suspend belief, but all in all the story is interesting and well told. My only minor complaint was that it was wrapped up a little too neatly for my tastes.

Posted by AlanChinWriter at 10:00 AM No comments: 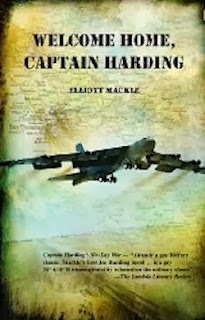 Five stars out of five

In this third (of three) novels featuring Captain Joe Harding, a gay Air Force administration officer during the Vietnam era, Joe has finished his tour of duty overseas and is working stateside, assisting one of his mentors assigned as the base commander. Unknown to others there, they also have been given the duty to observe, document and report on any potentially serious misbehavior among the pilots and other officers, a situation that can be dangerous to them if discovered. Adding to the complexity of the situation is that Joe is now able to get together more frequently with his lover, Cotton, the nineteen year old son of an important state department official whom Joe first met when he visited overseas with his mother. Then there is Sam, now a TWA pilot, whom Joe had played with overseas, before he met Cotton.

Joe is given an assignment, to coordinate an important air show at the Northern California base, a seemingly-uncomplicated task that becomes anything but, when a hotshot pilot’s carelessness threatens to make it a deadly disaster. The challenge involves many of Joe’s contacts, both there and overseas, and a bit of trickery, all in the name of safety. It’s an assignment he’ll remember for the rest of his life.

As mentioned, this is the end of a trilogy with this character, although you really do not need to have read any of the earlier novels to thoroughly enjoy this one. As in all of his previous books, Mackle shows his talent for providing realistic, fully-nuanced characters, which drive the story throughout. This action/adventure novel is something you will not want to put down.

Posted by AlanChinWriter at 2:50 PM No comments: 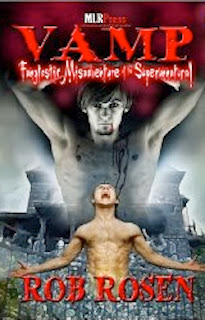 Jack’s life is finally about to improve. He gets a call from a lawyer informing him that his only living relative has died and left him a sizable fortune and lavish estate in San Francisco. Jack soon finds that his new mansion comes equipped with a humpbacked manservant, Igor, and a coffin in the basement.  So far so good. The bad news? Jack learns that he comes from a long line of  vampires, and now must become one himself, which he does. While testing out his new superhuman abilities, Jack stumbles upon Steven, a hot werewolf. Their sparks of attraction can be seen from Mars.

But then the news turns bad again, when Jack discovers someone or something is trying to destroy him. With Steven’s aid, he elicits the help of a pack of werewolves led by Blake. Jack soon finds out that he is mixed up in an ancient feud. With the help of Steven and Blake’s pack, he must stay ‘alive’ long enough to figure out what to do to survive.

Vamp is not a story of monsters reining terror on humans, but rather a very campy, sexy tale of the challenges of being a supernatural being.

I’m not a fan of novels about supernatural beings, nor am I a big fan of comedies. I found this book, however, to be a fun, sexy romp. It is a character driven plot, and its quirky characters held my interest throughout. Rosen has a unique brand of humor that pulls the reader in and keeps him/her snickering. This is a highly original twist on the whole vampire/werewolf genre. Snarky, saucy, witty. It will keep you howling.

Posted by AlanChinWriter at 3:15 PM No comments: