Did Steinbeck Write A Bromance? 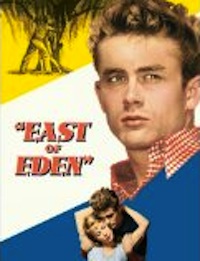 I’m not one of these people who look through rainbow-color lenses and sees shades of gay in everything that comes my way, at least I try not to be. But I recently read East of Eden by John Steinbeck, and what I interpreted was an inspiring, non-sexual intimacy between Adam Trask and his Chinese cook/housekeeper Lee.

The main theme for the novel revolves on the translation of the Hebrew word timshel, which appears in the Cain and Abel story in Genesis, when God discusses sin with Cain. It basically means God gave man the ability to choose between good and evil. That is the choice each of East of Eden’s characters face—as does, ultimately, every person. The story puts forth the idea that no matter how deep-rooted a person’s sin, there is always a chance for redemption. Thus, God gave man the ability to overcome evil.

This beautifully crafted novel presents a modern version of the Cain and Able story, where twin brothers (Caleb and Aaron) live with their father (Adam), and Lee cares for the Trask family.  It is clear that Adam is deeply in love with Kate, the mother of the boys. But she abandons the family to become a prostitute shortly after giving birth. For the seventeen years that follow, Lee becomes mother, cook, confidant, money manager, and companion to the boys and to Adam. Lee is unmarried, and shows no interest in women. The intimacy between Adam and Lee grows to a point beyond friendship. It is as close to a gay relationship as Steinbeck could write in his day.

The question that I’m struggling with is did the author intend that relationship to be a romance, or am I reading much more into it than he envisioned.  Not matter what Steinbeck’s intentions, I found both the story and the relationship between Adam and Lee to be brilliant, one of the best gay reads I’ve had in years.

Posted by AlanChinWriter at 10:32 AM 3 comments:

The Fox’s Quest by Anna Frost 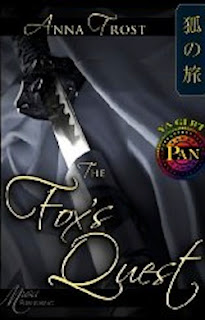 The Story:
Like the title suggests, this time around we follow Akakiba, Yuki, and Sanae on their quest to recover the magic-stealing swords that are messing with the spirits. But they’re not the only ones we’re following along. In fact, the other sides (shinobi, demons, monks) are given just as much focus in this book as the main trio is.

The story is more plot driven, really focusing on the quest and tying in all the different points of view by the end. Again, I was looking for more when it came to Akakiba and Yuki. By the end of the book, I was wondering again if I was totally misreading and misinterpreting the tension between the two. However, just when I’d decide to stop expecting any kind of romantic story line to develop, something would happen that would hint at the possibility of it happening. I’m still wondering what the deal is between these two and if it’ll amount to anything. Though after two full books, I’m not sure I’m as interested to find out.

In my review for Book 1, I’d stated that the end made me go, “OMG, I like these characters! Tell me more!”  I think that I wanted more focus on the characters, and less on the plot. Like I stated in my review of Book 1, I really like the themes of sex and gender that are explored in this story. I was looking for this to be explored through the tension and sparks present between Yuki and Akakiba. Turns out this story just isn’t about that.

This story would probably appeal more to those who enjoy adventure stories, especially those who enjoy the Japanese culture and setting.
I want to be clear that although I’m feeling a little let down by where this story took me, it mostly has to do with my own expectations and my taste in reading. This type of story isn’t for me. I was looking for things that just weren’t there.

The Characters:
The main trio is comprised of Akakiba, the shape-shifting demon hunter; Sanae, the snarky sister now in fox form and no longer part of the living; and Yuki, the human sidekick to Akakiba. There are many other characters, some of which have point-of-view chapters. Like in Book 1, I just didn’t have as much interest in the other point-of-view characters.

I had a difficult time keeping track of all the other characters. I couldn’t remember who carried on from Book 1, especially when it came to the ones that got point-of-view chapters throughout the story. It didn’t really affect my reading, though. I just kept moving through, even if I couldn’t quite place who was who.

Like in Book 1, I was looking for more of Akakiba. I wished I could have more access to what he was thinking, what he was feeling. That might be because I was hoping for more focus on the characters, rather than on the plot. Akakiba was the most compelling character, in my opinion, but he took a bit of a back seat in this book.

The Writing:
Like in the first, the writing is clean and visual. I do like this author’s writing style and I’d probably read something from her again, just based on that. 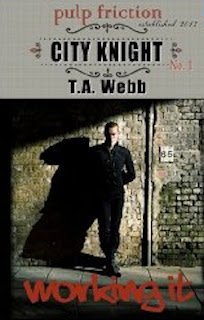 
I love discovering new authors (new to me, anyway), especially when said writer lives in my hometown and whose stories are set in the city I live and love.
Recently I came across such an author by the name of T. A. Webb, or “Tom” as he soon became known since I reached out to him on Facebook after he posted a message about his upcoming release, “City Knight”. I was instantly interested because I love a good mystery/thriller novel mixed with romance, a genre I’m partial to in my own writing, and the fact the soon-to-be-released novella’s setting was Atlanta sealed the deal for me before its release date.
I marked my calendar, followed every snippet, blurb or excerpt the author shared on social media, waiting with baited breath. I am so glad I did, too. I purchased City Knight the day of its release, but didn’t get to start it until a couple days later. Once I began reading, I knew right away I’d not want the story to end anytime soon.
From the blurb of the novella, the first in a planned trilogy, the author asks, “What happens when two broken men collide?” Could there be a better tag? The protagonist, Marcus, is an ex-cop who long ago buried his heart. He works the streets of his neighborhood in Atlanta to keep them safe in honor of his lost love. Ben is a young man who works the streets to earn money for college. Having experienced a horrible crime, he has simply decided not to care about his life, anyone in it or whatever might happen to him.
City Knight begins with a lurch, grabs on tight and doesn’t let go until your eyes are burning and blurry from reading too fast to find out what’s on the next page, not wanting to put the story down until done. Ben or Benjamin, depending on who’s asking, is on the street one night working and lamenting having one year left letting johns “paw” all over him for cash until he earns his Masters and begins his internship. He’s unaware a stranger has been watching him from these nights, studying him even.
The mystery man turns out to be former cop, Marcus, a self-appointed neighborhood bodyguard, an all-around protector of the worst kind. One night, Marcus is on his watch when he spots Ben leaning against a brick wall, obviously selling himself. Intrigued because the young man reminds Marcus of someone he loved dearly, a man named Jeremy he lost violently not long ago.
The two men, Marcus and Ben, each laden with broken hearts and damaged souls, collide one night when a john tries to snatch Ben into his car. Marcus sees the attack and rushes to Ben’s aid. After taking the young man to a diner to get some food, Marcus convinces Ben to come home with him.
To share more would be revealing too much since City Knight is a short at 44 pages, yet it is a novella tightly written and mesmerizing, a must read. There is mystery, suspense and thrill - and of course a budding, yet fragile romance between the two in this deft novella, leaving readers wanting more.
The first story in the Knight trilogy, City Knight is a force to be reckoned with, but be forewarned the story ends in a stunning, bone-chilling cliffhanger that almost had this reader throwing his e-reader across the room.
http://www.amazon.com/City-Knight-ebook/dp/B00BFMJIIM/ref=sr_1_1?s=digital-text&ie=UTF8&qid=1368149842&sr=1-1&keywords=city+knight
Posted by AlanChinWriter at 9:36 AM 3 comments: